A little Texas in NY ain’t so bad, y’all

What happens when you bring together 3 Texans and a Taiwanese in New York City? –> 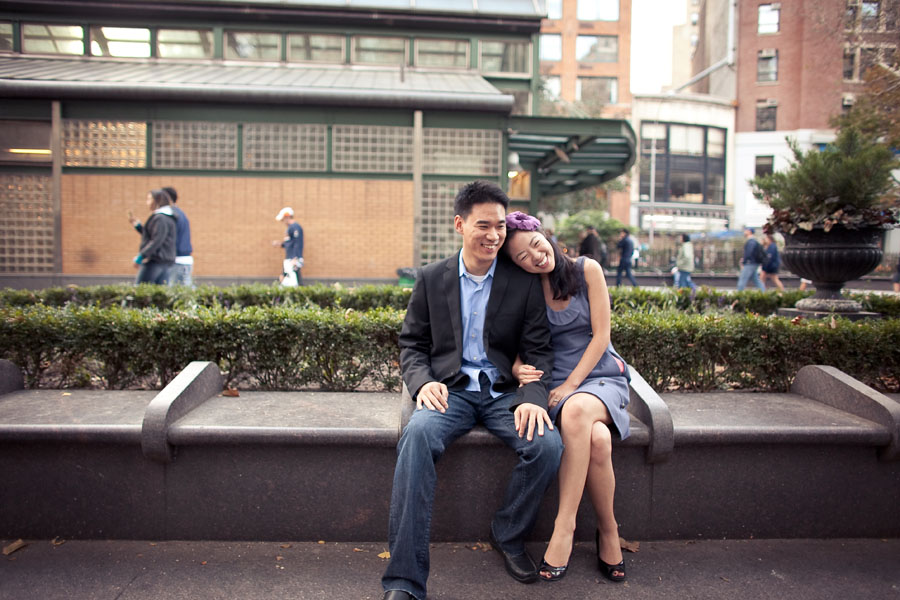 Melody and Ted welcomed us into New York with open arms and open minds. With no real plan in mind, we jumped into taxis and subways, randomly stopping for photos.  First off was Central Park, but it was the day of the massive New York Marathon, so we had trouble getting some privacy.  Good thing Ted brought his HIMYM yellow umbrella! 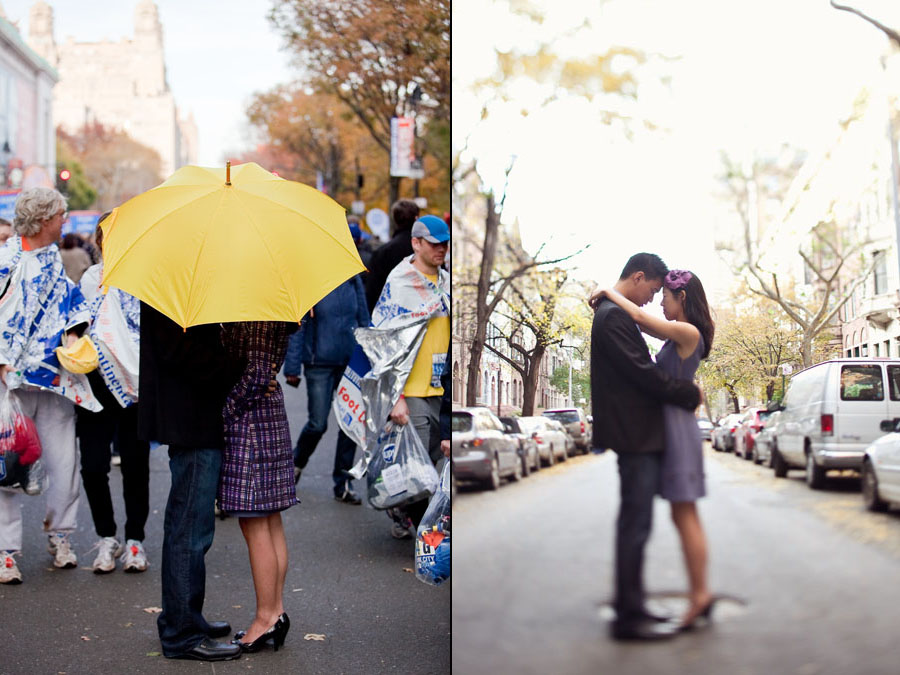 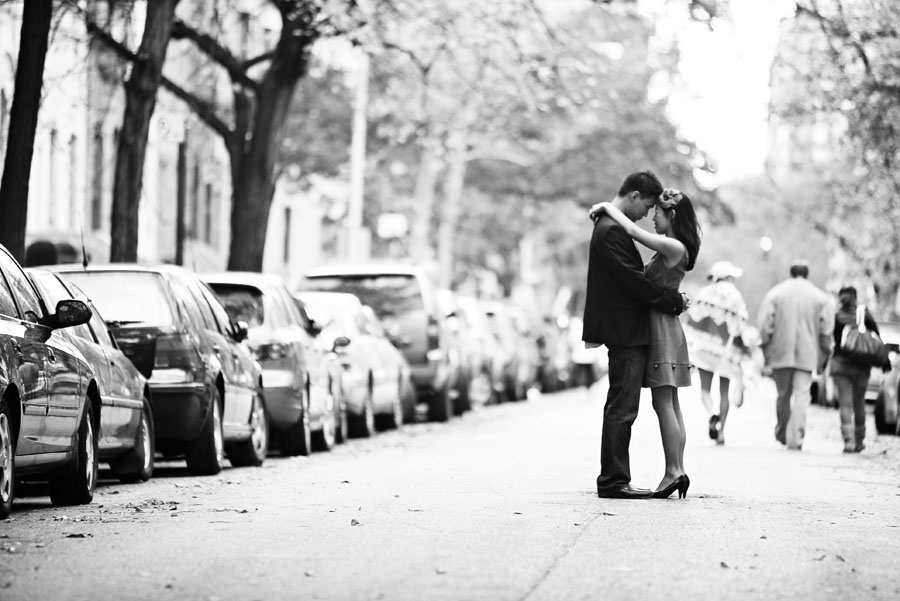 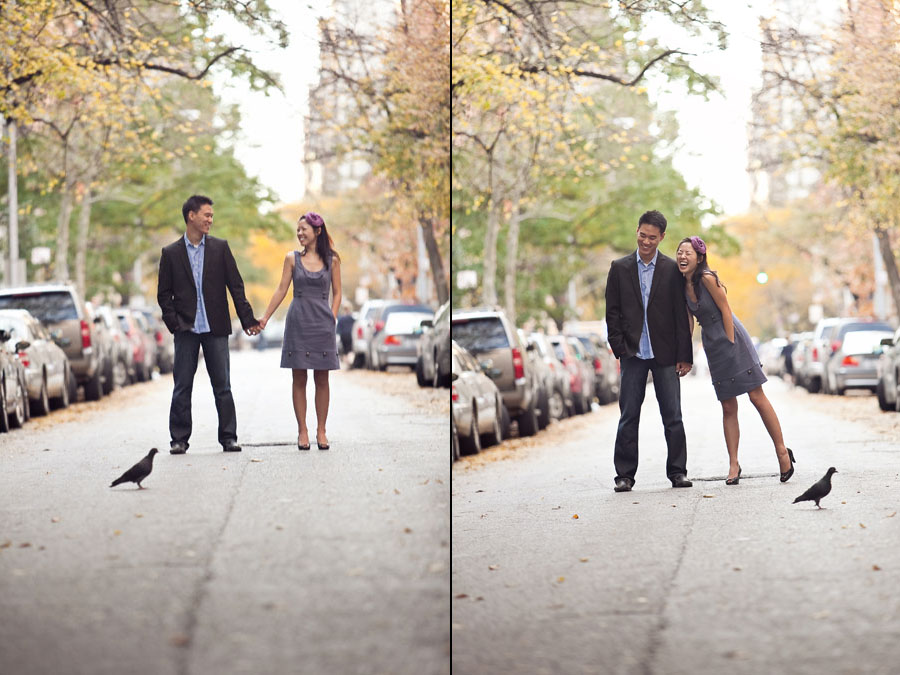 I should mention that Melody and I have known each other since high school, but unfortunately, lost touch after we graduated.  I might have seen/talked to her twice since we graduated in 2000, but because of Facebook, we were reunited and now Table4 gets to photograph her wedding!  We love social media! (follow us on twitter & facebook) 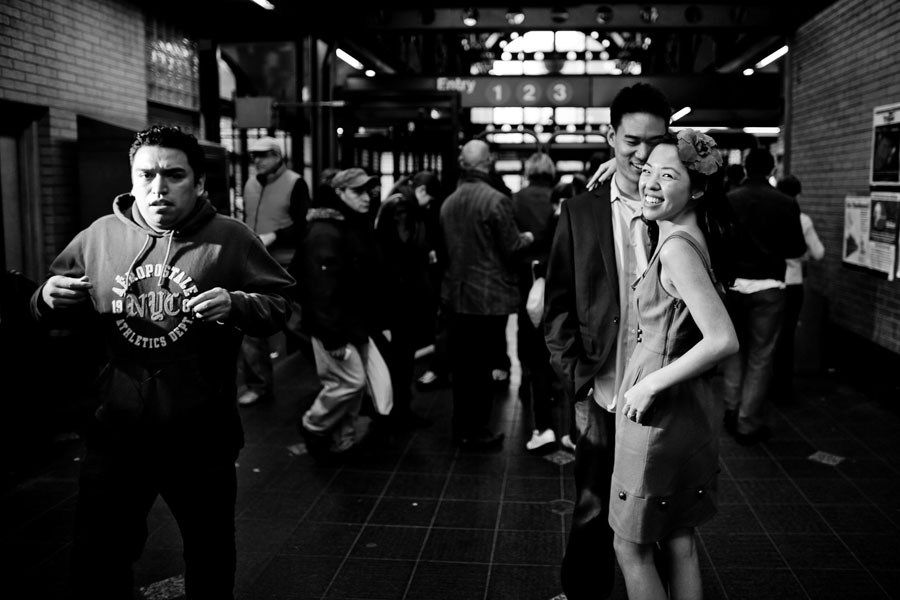 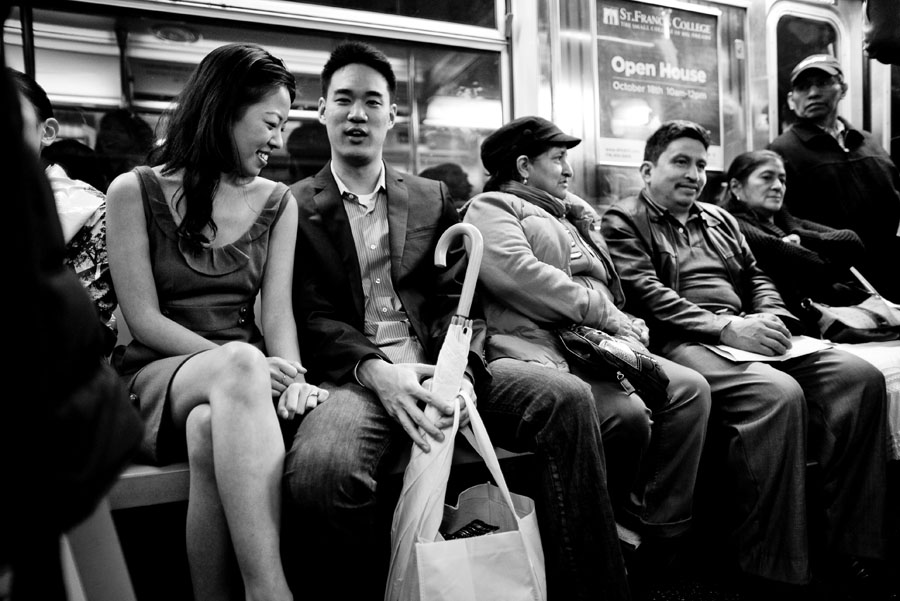 We made another stop in Grand Central Station and while the shot on the left was being taken, Andrew was being interviewed about driving in New York City.  Can you spot him?

After GST, we hopped over to Ted’s rooftop and got some amazing views of the sky right before the sun went to bed. 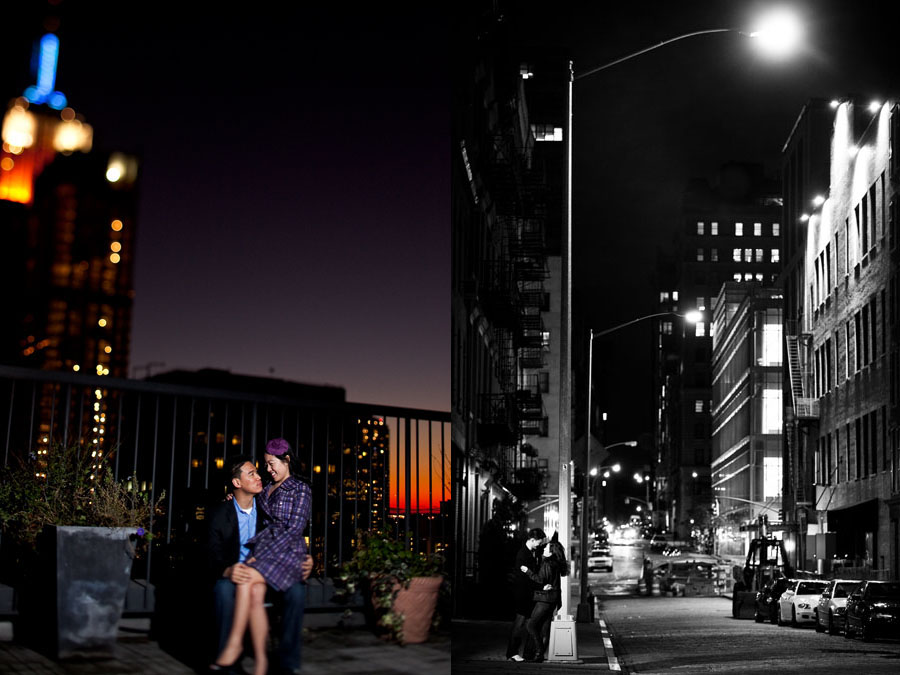 We also made it out to High Line Park, a new urban park that’s got some pretty cool architecture. 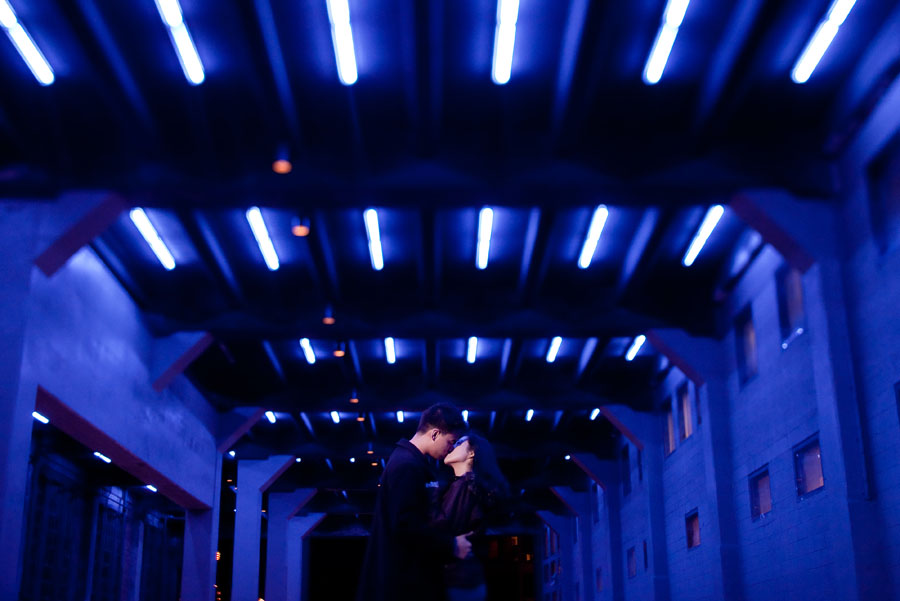 As their engagement session came to an end, we found this part in High Line Park that was lit by blue fluorescents, literally. So we decided to have some crazy camera trick photos. These are all straight out of the camera shots, no photoshop blur was added. (explanation below) 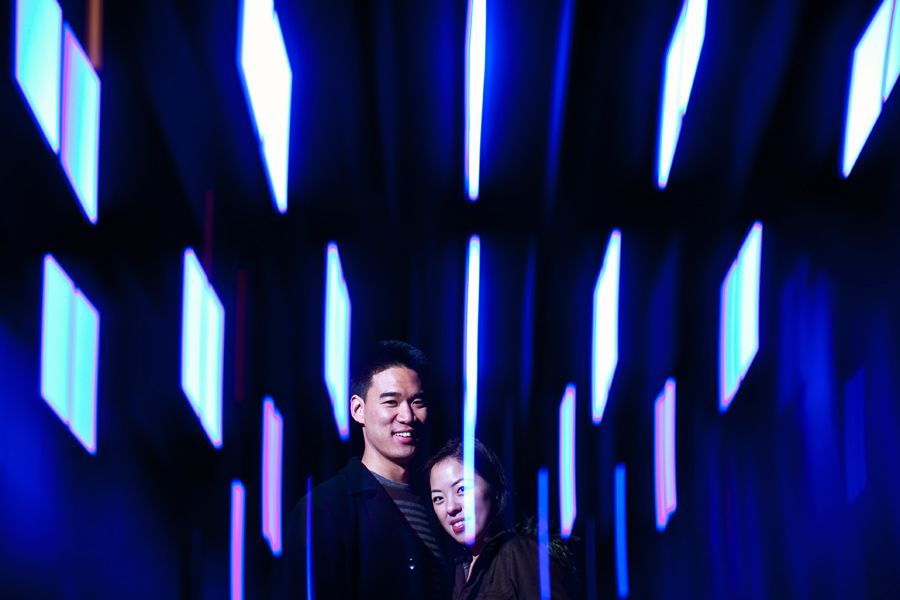 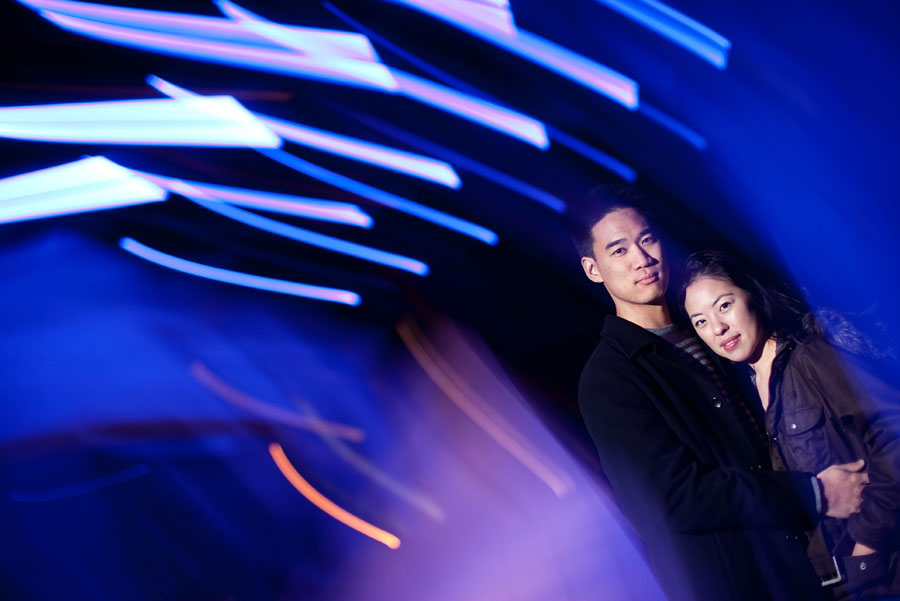 The one thing you don’t see from the above photos is how dumb we looked while we took them. These photos require a slower shutter speed and some quick motion while the shutter is open.  The trick is to twist your camera really fast while the shutter is open, which could also look like you’re having a seizure. And then we’re using a synced flash with 2nd curtain so Melody and Ted come out clear and sharp.  Try it out but don’t hurt yourselves!

Thanks Melody and Ted!  You guys are awesome.

We are Thankful for You. ENGAGEMENT Table4's BFF's Wedding ENGAGEMENT
Related Posts
Featured 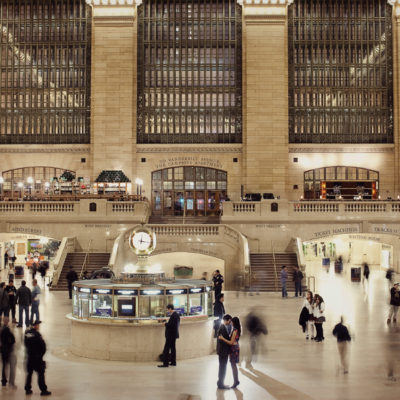 While in New York for Yuri and Kee's wedding this weekend, we met up with two other clients to photograph their engagement photos. We were fortunate to squeeze in so many sessions on such a short trip, and what better place to sho ...
ENGAGEMENT
ENGAGEMENT
Read The Post