Jon has been a friend since high school.  We share a lot of similarities too actually.  He plays drums, plays basketball, and has a twin brother.  Just kidding, I don’t have a twin brother.  But, we used to chat a lot about drums and he’d beat me in basketball all the time.  Funny story. Once, after being beat by him in basketball, we were leaving to go home and he rear ended me at a stop sign.  I was driving a 4runner at the time, so the damage was minimal, but his car’s front hood was crushed.  Needless to say, we took one car for the session, hahaha.

Jon and Gloria have both moved to Austin and are starting to call it home, so it was only appropriate that we shoot in their hometown.  They took me out to the Austin Greenbelt…in July.  A place commonly used for swimming and cooling off became the setting for their hot, bug-infested engagement session.  The first thing we did when we arrived was put on a layer of bug spray…and despite the greasy limbs, I’m glad we did.

So here’s something sweet about them that you don’t see too often anymore; I found out they’re saving their first kiss for the altar!  So I can’t wait until their wedding day because I know how incredible that moment will be.  Congrats guys!  Looking forward to celebrating with you! 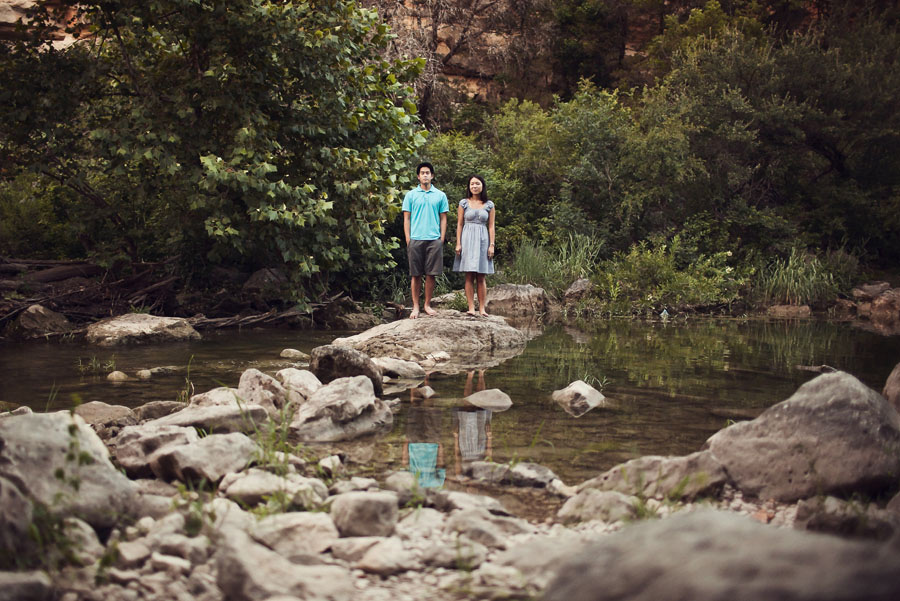 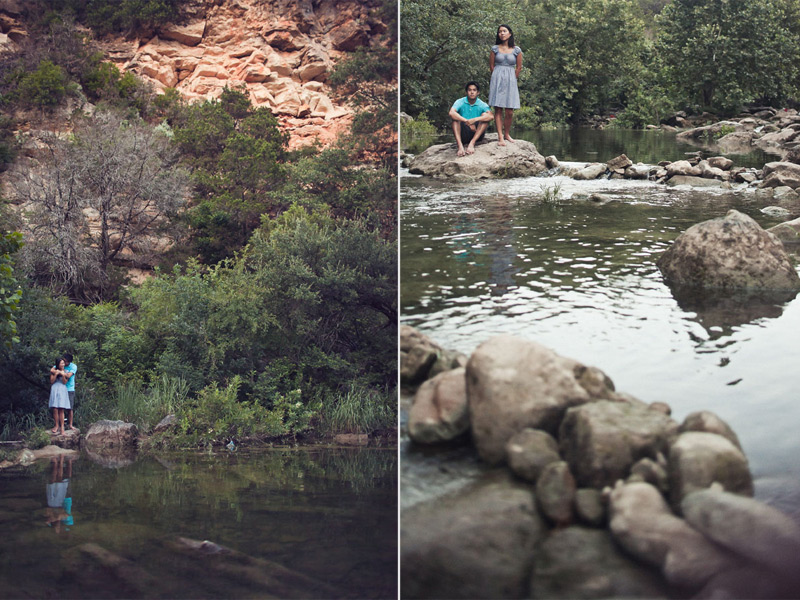 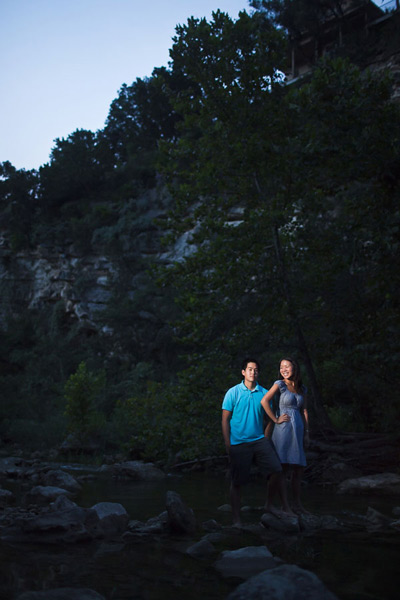 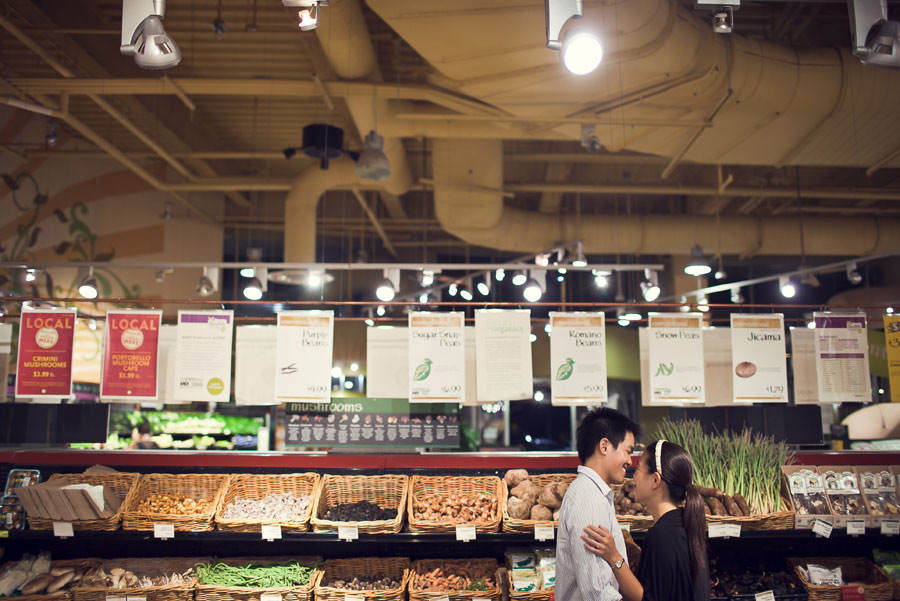 Jon did pretty good on the engagement ring, don’t you think? 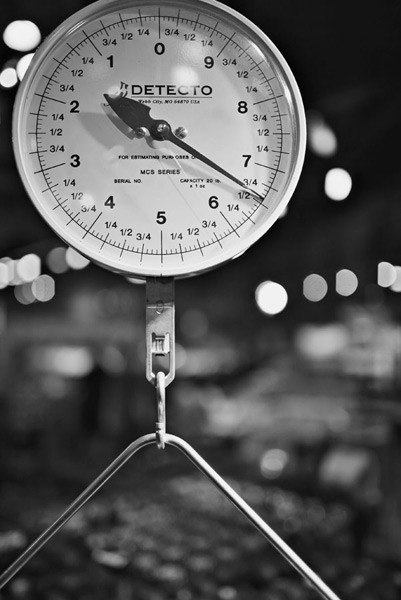 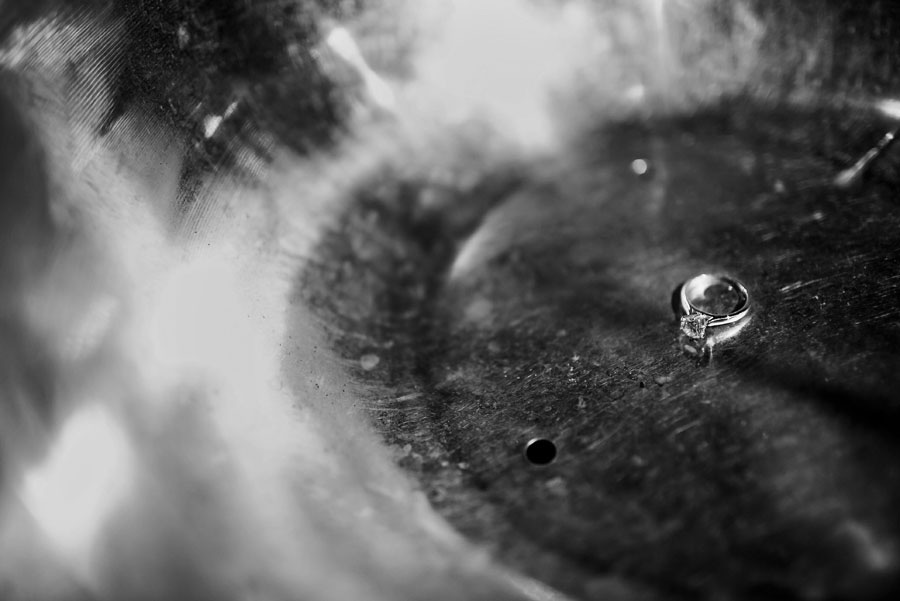 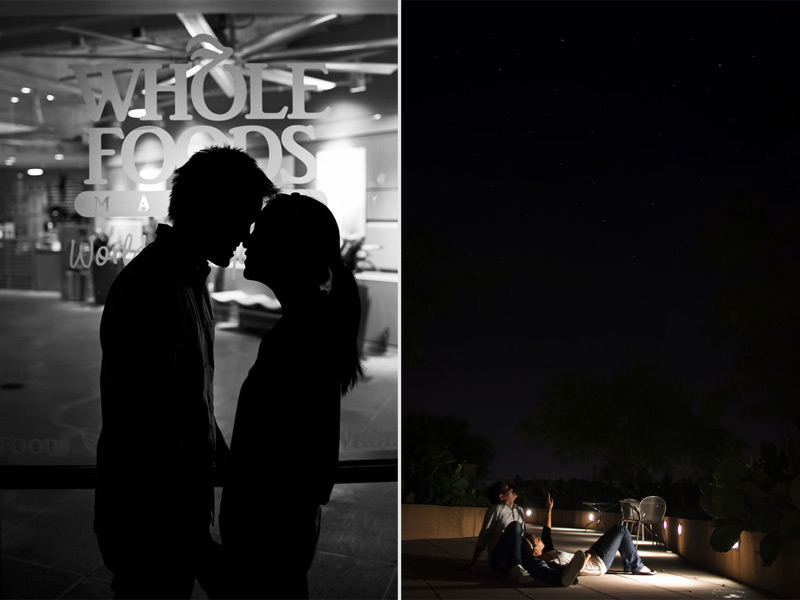 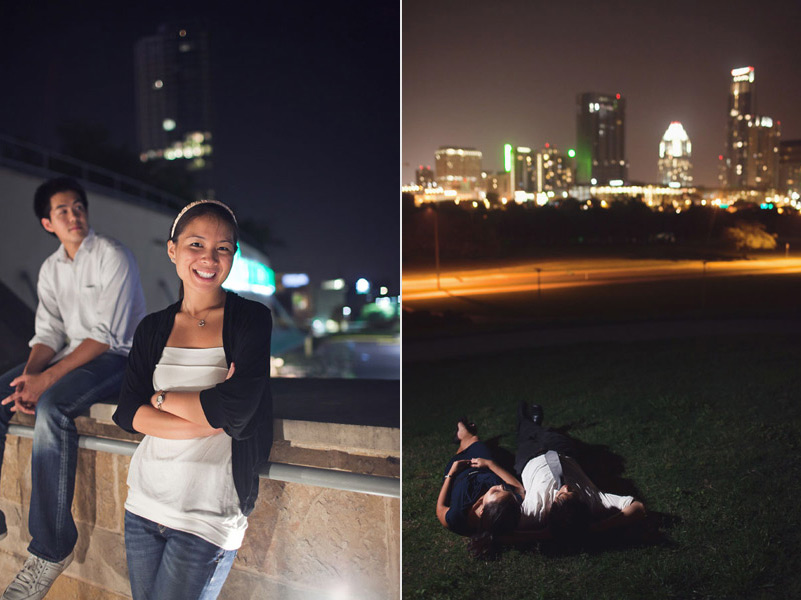 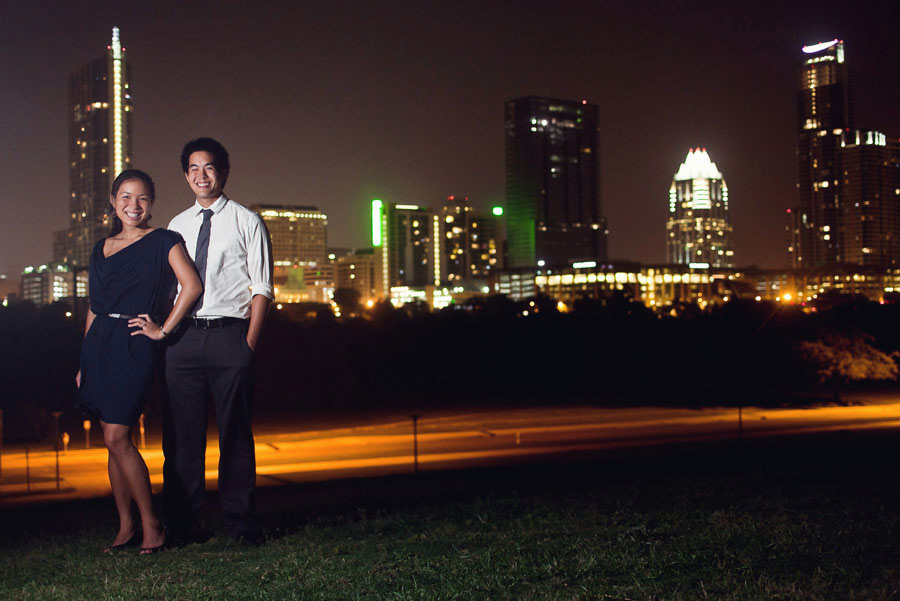 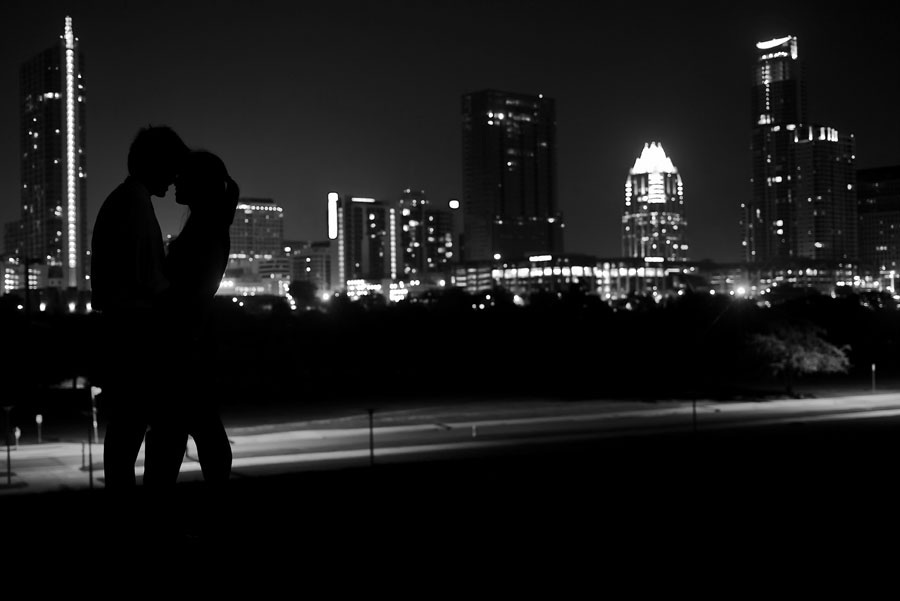 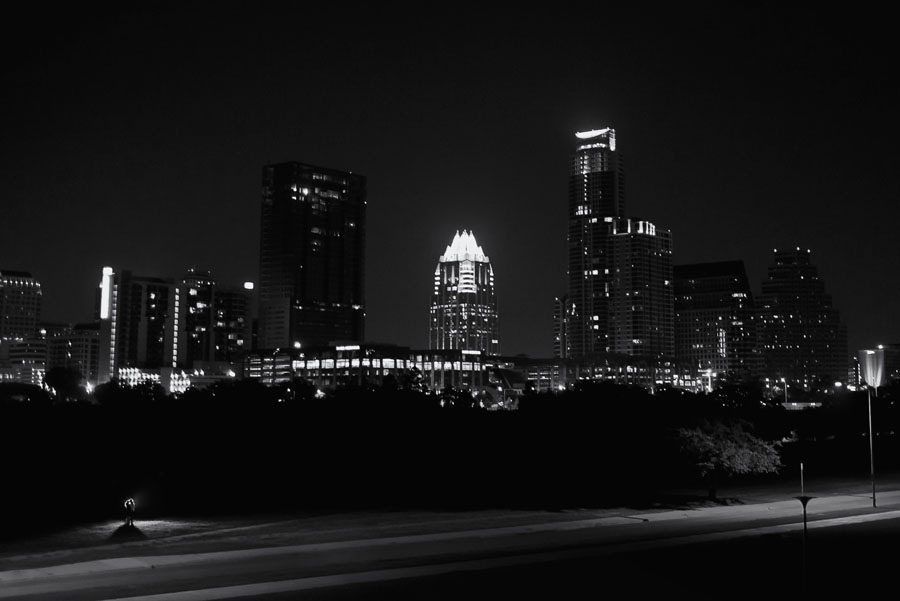 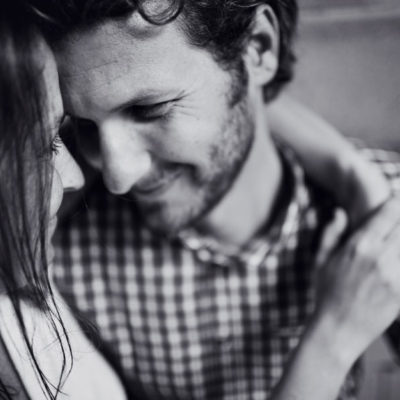